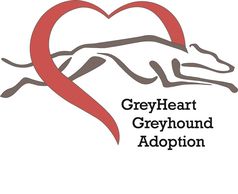 Adopting A Racing Greyhound, by Cynthia A. Branigan.
This is an excellent book, and covers most everything you will need to know, to be well prepared for your new dog.
Retired Racing Greyhounds for Dummies, by Lee Livingood
Families with children under ten years of age, have an additional suggested reading:
Child-Proofing Your Dog, by Brian Kilcommons.

The Greyhound, Favored pet of Kings, sporting companion of the gods. Superior rabbit hunter to farmers, and cherished pet of children. The greyhound has played many parts throughout the centuries. It's easy to see why, both now and then, the greyhound is truly a prince of dogs.
The Greyhound has always been the prince of dogs, and the dog of princes. It's claimed descent from  the desert dogs of the pharaohs and the Arabian sheiks; and has been so enthusiastically documented by writers  onthe breed that you begin to wonder sometimes, whether they are trying to compensate for the less than  regal image of the Greyhound today. It is almost as if the canine historians feel that the medium of millions of  dollars and pounds of betting turnover needs a few smart relations from the past. These ancient dogs of the  Egyptians and Arabians were the companions of princes. They rode on his camels, wore his lucky charms and amulets, and most significantly in a nomadic culture, shared his tent.
There is no doubt from archaeological remains that a dog very similar to the Greyhound existed in the  middle east 4,000 years ago. Whether this was definitely the root stock from which sprang the Greyhound,  the Saluki, and the Afghan Hound would be difficult to establish. We know from nineteenth century  paintings of Greyhounds that art can take some dreadful liberties with reality, and the dog on the walls  of  Egyptian tombs and on Greek vases could well be a dead ringer for the greyhound - or any other  hunting long dog.  (A long dog being a dog with a long body, greyhounds, wolfhounds, etc.)
The accepted wisdom is that the Greyhound type originated in Egypt, spread through Arabia, then fanned out through Persia in the east to Russia and India, and through Greece in the west, passing through Imperial Rome on its way to the edges of the Empire in Britain and Ireland. 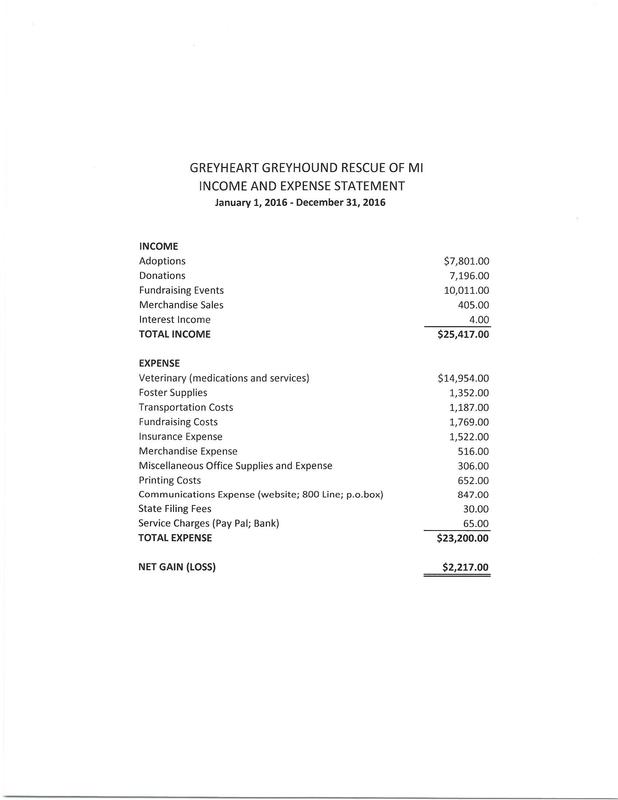 Why are they retired? When a greyhound does not win, place, or show in a few consecutive races, the dog becomes a cost liability for its owner and trainer. Greyhound racing is a business and, like any other, costs are kept to a minimum.
How old are retired racing greyhounds? Typically 2-4 years of age. They run their maiden race at 18 months and are usually retired by the age of five but most don't make it that long. Occasionally, we have also received older females (7-8) that were used for breeding stock.
How long do greyhounds live? With proper nutrition, annual check-ups, regular dental cleanings and annual vaccinations, a greyhound can live to the ripe old age of 12-14 years, much longer than many other large breeds.
Are greyhounds good with children?  Typically, greyhounds are considered a docile, friendly breed.  However, it is our policy not to adopt to families with children under 6 years old.  There are several reasons for this and our vast experience placing greyhounds supports our rationale.  Young children have difficulty tempering their exuberance in showing their affection for pets and often neglect to respect the dog’s space.  Likewise, parents of little ones most certainly have their hands full and attending to a pre-schooler and greyhound at the same time is a tall order.  The safety of the child and dog are of utmost importance.  Therefore, we would expect that your children be school age before you apply to adopt with GreyHeart.  Furthermore, these families have an additional required reading: Child-Proofing Your Dog, by Brian Kilcommons.
Are greyhounds good with small pets? Most greyhounds are good with small pets. Because of their previous life at the kennel, greyhounds are naturally social with most other canines. Toy sized dogs and cats can be of concern - every greyhound's "prey instinct" varies and there is no way to be sure until the dog is tested. All pets should be introduced with a greyhound wearing a muzzle until you are very confident that all is safe.
Aren't retired racing greyhounds very "high strung?" Contrary to what many people believe, greyhounds are usually very laid back. They have spent their life in a kennel environment, being "turned out" in a pen four times a day and running a race every fourth day. Other than those times out, they live their life in a 3' x 4' wire cage. They are used to laying around and that's what they usually do when adopted into a home.
Don't greyhounds need a lot of room to run? Again, because of the lifestyle they have grown accustomed to, they don't require lots of room to run. A standard-sized residential yard is ample for a greyhound to exercise in - the important thing is that the yard be enclosed with safe and secure fencing.
Are greyhounds mean because they were not raised in homes?  No, these dogs aren't mean. If anything, some may be timid at first, but most are extremely affectionate and silly. Every dog is different but most adjust to their new environment and bond with their new owners readily and quickly. Most greyhounds will walk away from confrontation rather than be involved in it. Some greyhounds are territorial about their beds. This is because they aren't used to sharing their space with others. Therefore, some of them may grumble or even snap if someone or something tries to share its bed.
Will a greyhound stay in my yard and come when I call it? As much as we would all like to think that our greyhounds love us too dearly to run away...sometimes they will! Greyhounds are "sight hounds" by nature; they are stimulated by sight and that sense is very keen. They have been bred for centuries to chase. Given those two facts, it is unrealistic for us to think that we can break this instinct. Greyhounds love to run and need to have some boundaries in place. A new greyhound can be overwhelmed by the wide open space of a backyard and given the chance to take off, they probably will. Greyhounds have lived such an isolated life at the track that they don't know what cars are, or to look out for them on a street. We can never trust our dogs outside of a fence without a leash. Ask yourself "Is it worth risking their lives?"
How much do greyhounds eat? 3 - 4 cups a day for a typical female, 4 - 5 cups for a typical male.
Why do I sometimes see greyhounds wearing muzzles? Greyhounds wear muzzles when they race to protect one another from snapping. Running to win is the only purpose in life for a racing greyhound and they become very competitive at that time. Therefore, when we get our retired racers together for a fun-run, it's necessary to muzzle them when they are running. Muzzles are also recommended when introducing them to small animals for the first time.
Are they hard to house break since they've always been in cages? Because they have been "crate trained" at the track (they know not to soil their own beds) they are actually easier to house break than, say a puppy. Greyhounds are kept on a very strict schedule at the race track and are let out four times a day. Keeping them on a schedule is helpful in housebreaking, as is positive reinforcement. Keep a close eye on them at first and get them outside often. When they eliminate outside, give them lots of praise. If you run into trouble with housebreaking, a crate may be the necessary tool to use. GreyHeart members are a great support system and will gladly help you through this with valuable advice and suggestions if needed.

Cost of greyhound ownership
can you afford a greyhound?

Owning a greyhound is a financial responsibility that you commit to when you adopt.  All pets require care besides the cost of the food you feed it, but greyhounds have special needs above and beyond the average breed.  We have put together a list of the basic costs that you will incur monthly/annually as well as the initial essentials you will need to purchase to bring a greyhound into your home.  We emphasize the word basic because this list does not include any bills for your dog when it gets sick or injured........... and most likely it will happen.  To think otherwise would be naive, especially as your dog ages.  It is not out of the ordinary for a treatment or surgery to run into thousands of dollars.